Why the ‘conversational copywriter’ is marketing’s next must-have 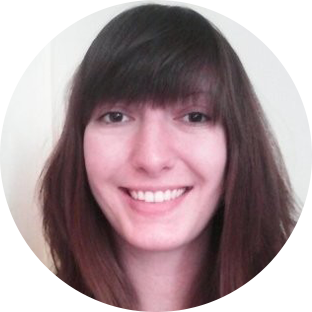 ‘Copywriter’ in its purest form used to be, and in many circles still is, the catch-all name for the token words person. And in recent years we’ve also seen a shift into niches such as technical copywriter, SEO copywriter, creative copywriter, marketing copywriter etc, etc.

It’s a word that a lot of us hate as it’s reductive, misleading and even just plain ugly. But it’s the one we’ve got. So why not throw an adjective in front of it to give it a little more character?

With that in mind, here’s why I think the conversational copywriter is going to be the next big thing for the marketer’s arsenal.

The world of design used to be dominated by graphic and web designers. But in recent years, (thanks to the growth of technology and the increasing empowerment of the consumer) they’ve had to make room for user experience design – or UX – to get a look in, too.

More and more companies are putting thought and attention into their UX strategies, and a UX rep or entire specialist teams are becoming typical features in any organisation worth its salt.

But is something lacking?

At its core, UX is all about presenting information in a way that is useful and accessible to the end user. It’s about what the person experiences on a website, how they interact with the content and creating seamless navigation.

And this is as much about words, tone and messaging as it is about design and navigation. So, where’s the focus on UX copywriting?

Specialist UX writers exist, and UX writing as a whole is certainly a growing medium. But I think it’s about to get a hell of a lot bigger.

2. The rise of automation will mean more voiced technology

You can’t load a news site without seeing a headline on AI, the Internet of Things or automation. What a day to be alive. But it is true that technology is slowly seeping into every element of our lives – and we’re loving it.

People are using nine mobile apps a day on average, while 63% are comfortable interacting with a chatbot. And everyone seems to have found a friend in Alexa or Siri.

But pleasant as it is to imagine that there’s a friendly copywriter sat typing furiously inside every machine we use, the reality is, technology’s automated ‘voice’ is growing.

Combined with the rise of UX, this has created the need for conversational user interfaces (UI), aka platforms that mimic a conversation with a real human.

But to build these platforms, and to build them well, we’ll need more people that can write for them. However ridiculous this sentence reads; a human touch is needed for giving voice to a robot that sounds like a human.

The number of writers that specialise in conversational UI will surely grow to meet this need.

3. People are demanding authenticity, which will extend to tone and copy

According to PwC, 35% of consumers ranked ‘trust in brand’ among their top three reasons for choosing which retailers to shop at. And look up any advice on marketing to millennials and the word ‘authenticity’ will undoubtedly feature.

Audiences will settle for nothing short of authentic. If trust is at all in question, they’ll simply take their business elsewhere.

The concept naturally extends to tone of voice – one of the key ways of building (and losing) trust along the user journey. ‘Conversational’ is becoming a more common stylistic tone across the board (although it has to be said, with varying levels of success).

There’s a difference between writing in a ‘human’ voice conversationally and writing for a robot in a ‘conversational’ way (with a chatbot for example). It’s a nuance that is often unfortunately missed. To quote my editor, Libby: “Don’t wish me a good day! You’re a machine!” And she’s not alone… 48% feel that it’s creepy if a chatbot pretends to be human, while 60% feel patronised if a chatbot starts asking how their day is going.

To project voices that are authentic and that people respond well to, we’ll need more specialist copywriters powering the technology to achieve the right nuances.

4. More brands will look to copy as a lucrative differentiator

I’m no business mogul, but I know that it’s harder than ever for businesses and brands to stand out. Over-saturation of markets, a huge amount of competition – cutting through the noise, remaining relevant and achieving longevity is a challenge.

But tone of voice and copywriting can be key differentiators.

Look at MailChimp, Paddy Power, the Dave channel, Old Spice, Firebox, Bellroy, Dollar Shave Club and more. Their tones of voice are recognisable and powerful in a myriad of ways.

So much copywriting out there online, in print, at events – wherever – is just terrible. Why not be the organisation that champions it, and bring your voice to the fore?

It’s now time for copywriting, and in particular, the ‘conversational’ copywriter – to finally get its time in the sun. 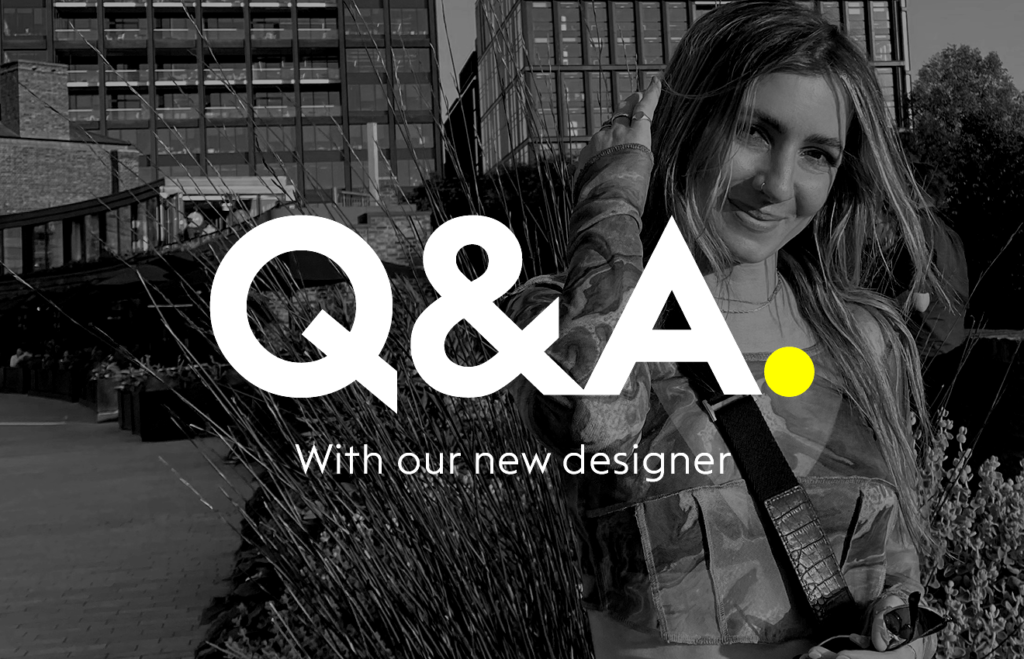 Getting to know Katie: our new presentation designer

By Jack Greenwell - Senior Copywriter
Say hello to one of our newest Presentation Designers. She’s a self-starter, a wild-water swimmer, and a keen oyster enthusiast — welcome to the team, Katie Tweddle! 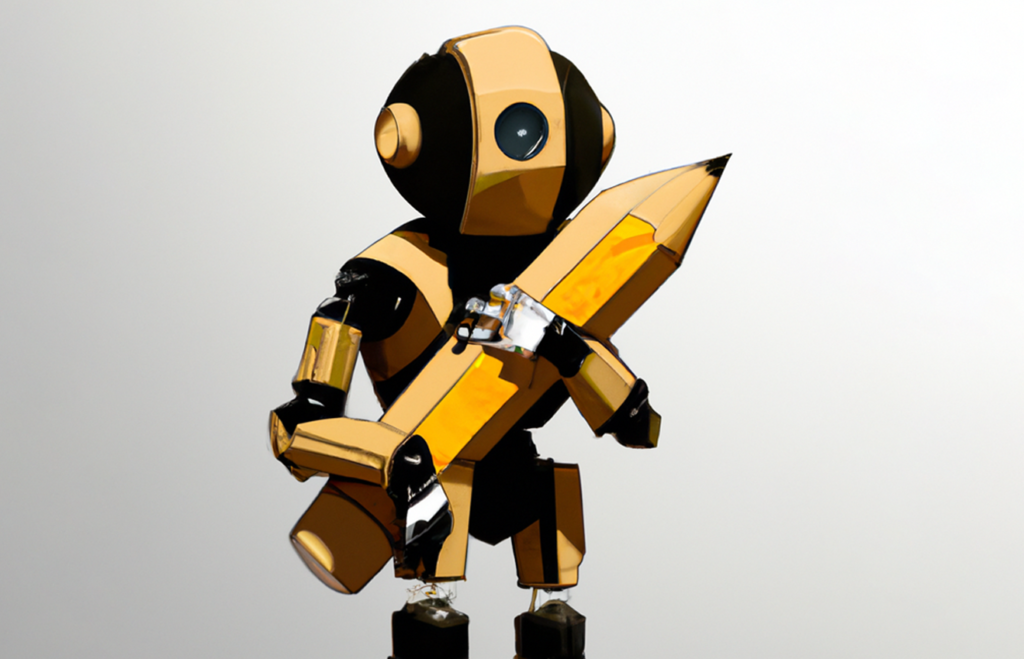 Visual design is safe from the rise of AI, right?

By Kenny Crow - Lead Designer
Technology has pushed visual design into impressive new territory since the days of hand-drawn artwork, but it can’t take ideas from people, surely?

Ready for comms your audience will love?

Get in touch to learn how we can create something brilliant together.

This website uses cookies to improve your experience while you navigate through the website. Out of these, the cookies that are categorized as necessary are stored on your browser as they are essential for the working of basic functionalities of the website. We also use third-party cookies that help us analyze and understand how you use this website. These cookies will be stored in your browser only with your consent. You also have the option to opt-out of these cookies. But opting out of some of these cookies may affect your browsing experience.
Necessary Always Enabled
Necessary cookies are absolutely essential for the website to function properly. These cookies ensure basic functionalities and security features of the website, anonymously.
Functional
Functional cookies help to perform certain functionalities like sharing the content of the website on social media platforms, collect feedbacks, and other third-party features.
Performance
Performance cookies are used to understand and analyze the key performance indexes of the website which helps in delivering a better user experience for the visitors.
Analytics
Analytical cookies are used to understand how visitors interact with the website. These cookies help provide information on metrics the number of visitors, bounce rate, traffic source, etc.
Advertisement
Advertisement cookies are used to provide visitors with relevant ads and marketing campaigns. These cookies track visitors across websites and collect information to provide customized ads.
Others
Other uncategorized cookies are those that are being analyzed and have not been classified into a category as yet.
SAVE & ACCEPT